Debest was arraigned by the Benin Zonal Command of the Commission on a one count charge for aiding her son to receive the sum of N91,296,150 (Ninety One Million, Two Hundred and Ninety Six Thousand, One Hundred and Fifty Naira) being proceeds of his internet fraud activities. 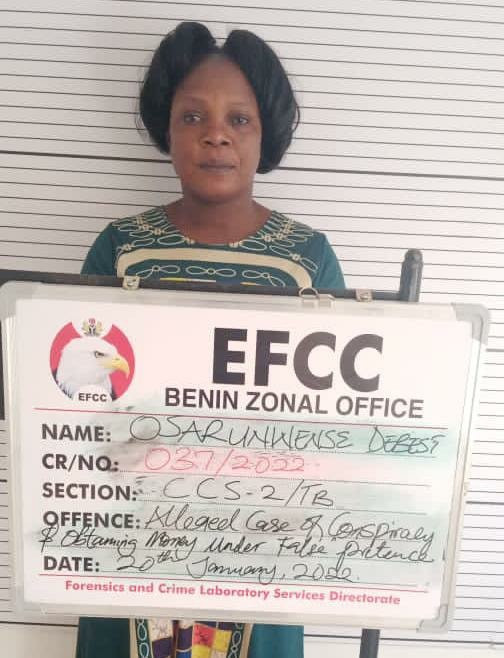 The charge against her reads: “that you, Debest Osarumwense (f) sometime between 2nd January 2020 and December 2021 in Edo State within the jurisdiction of this Honourable Court did take possession of the total sum of N91,296,150.00(Ninety One Million, Two Hundred and Ninety-six Thousand, One Hundred and Fifty Naira) knowing that same represent proceeds of Endurance Osarumwense (your son) criminal conduct to wit: cybercrime and thereby committed an offence contrary to and punishable under Section 17(b) of the Economic and Financial Crimes Commission Establishment) Act 2004”.

Upon arraignment, the Debest pleaded guilty.

Due to her plea, the prosecution counsel, I. K.Agwai prayed the court to convict and sentence her accordingly.

Justice Shuaibu convicted and sentenced the defendant to five years imprisonment with option of N1 million fine. She is also to forfeit the balance in her bank account to the Federal Government of Nigeria. 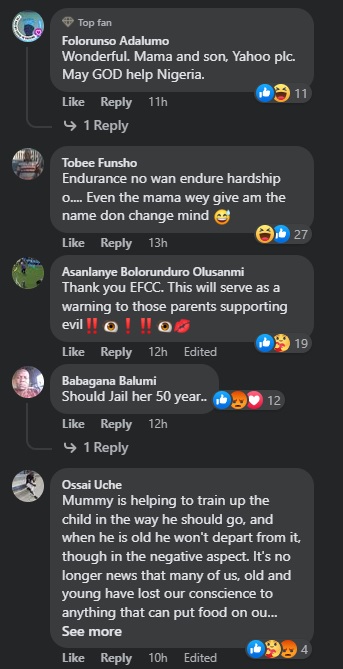