Popular Nollywood actress, Anita Joseph, has shared a video of herself riding on a bike, otherwise known as Okada, in Lagos state.

The thespian, who had a flight to catch, said she had to get on a bike because of the heavy traffic on her route and she wouldn’t risk missing her flight. 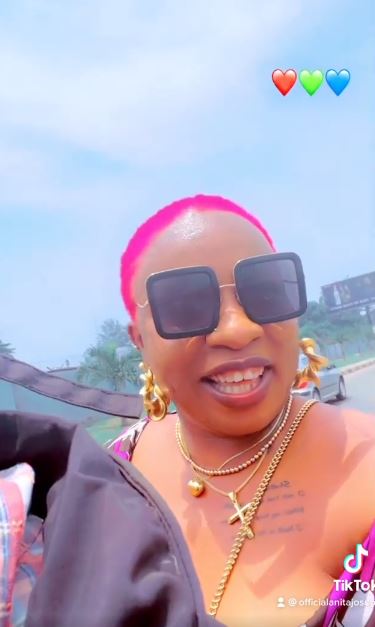 In the video, the actress declared that she enjoyed the experience.

“Yeee my new look oh pappy 💋💋💋💋I had to press several buttons the man tough eh 😂 Say waaaat this is so Cooooooool. U can’t miss my flight for any stupid Traffic when bike Dey, Celebrity gba kwa Oku taa 🤣🤣”, she captioned the video.