A disturbing video of a man suspected to be a ritualist rubbing a dollar note on a couple during a marriage ceremony in Imo State and going away with the same note has stirred brouhahas on social media.

In the video, the man who could be seen dancing while spraying dollar notes proceeded to the couple and used one of the notes to rub on both the man and woman’s face, then calmly walked away from the scene.

However, in the clip, it appears nobody noticed any foul play as they continued the ceremony undisturbed.

It was a Facebook user identified as Munachi Harry that drew the attention of the public to the suspicious move which has triggered reactions. 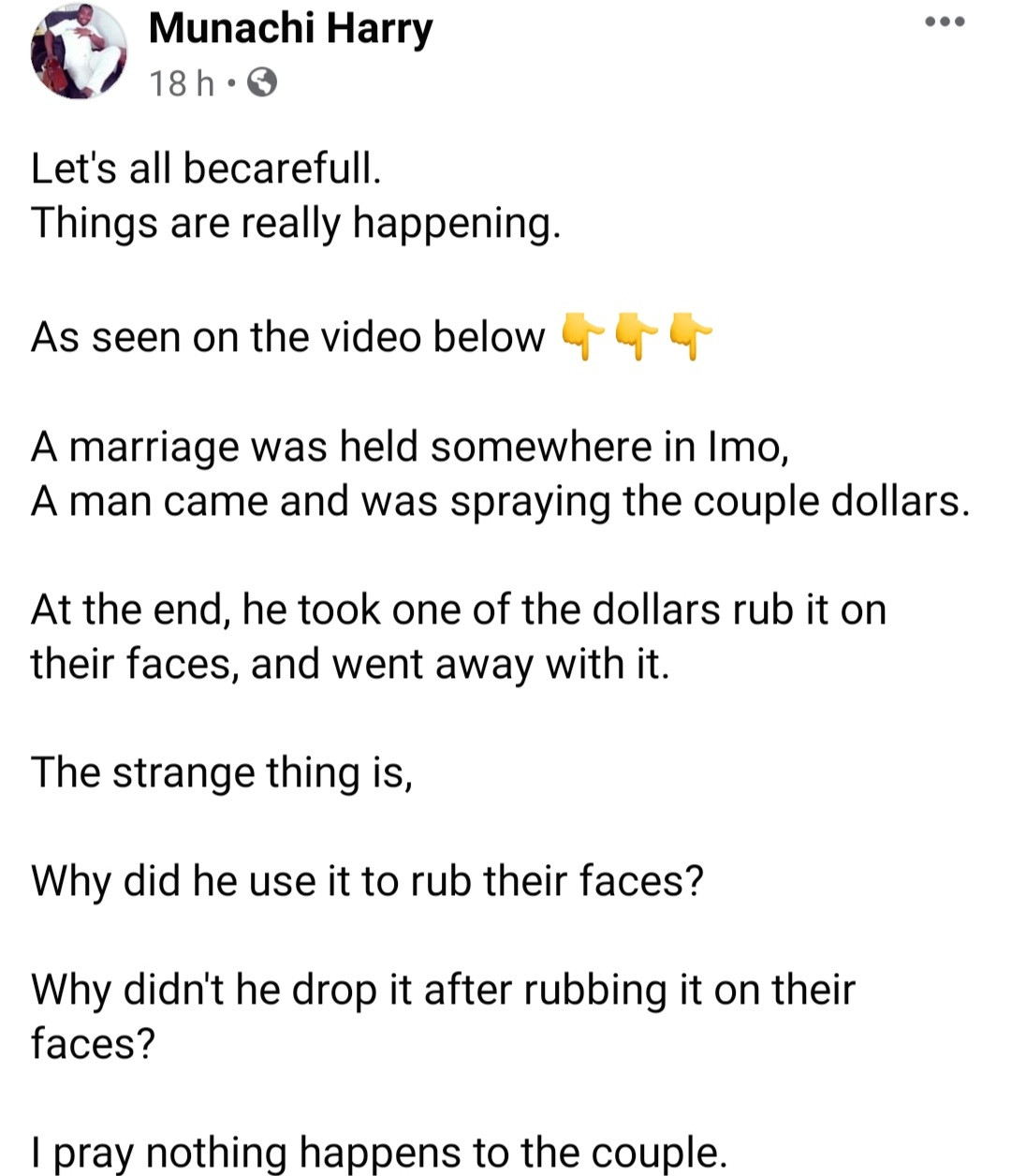 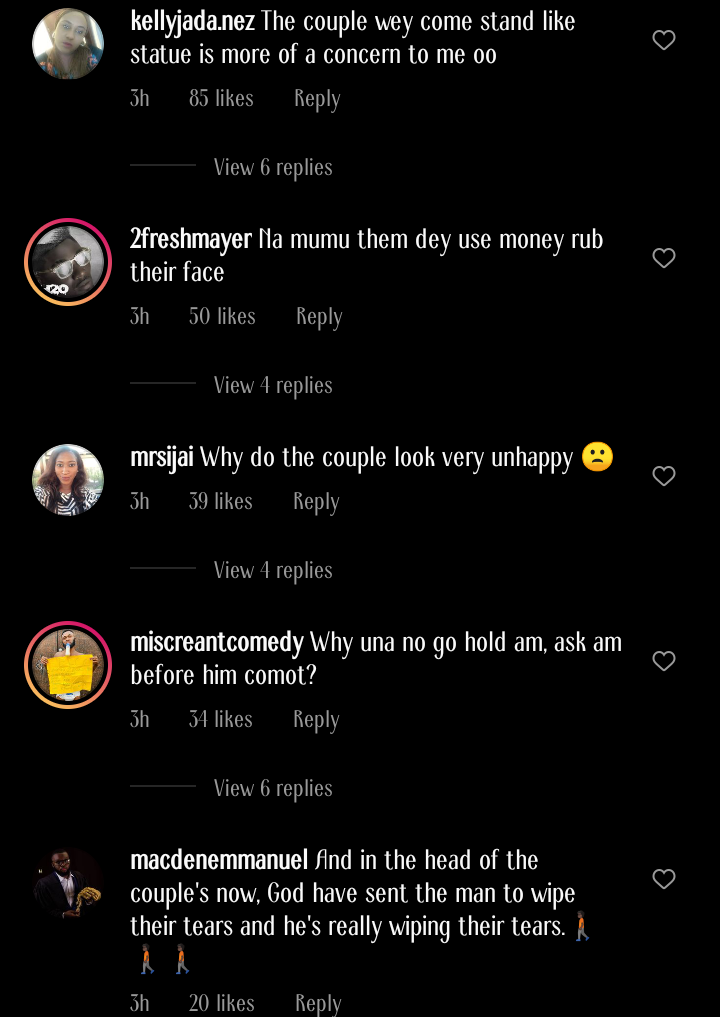