A video of a young Nigerian man giving his father a new automobile has elicited mixed reactions.

The young man led his barefooted father out of their house by hand in the brief video published by @saintavenue_ent1 on Instagram. 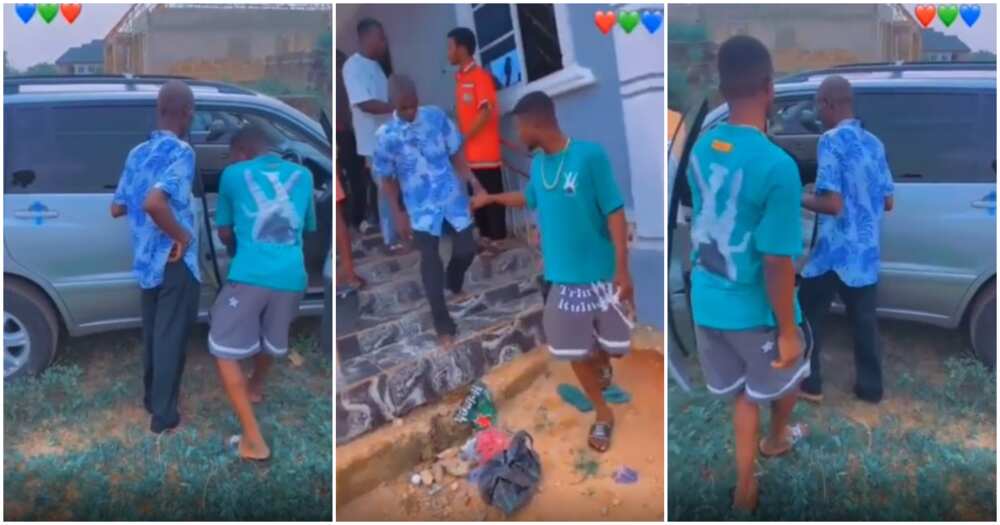 People nearby could be heard screams of excitement as both men walked to the place where the car was parked.

When he arrived at the car, the young man opened the driver’s side door and gestured to the man to take possession of the new vehicle.

The car recipient did not appear startled or excited, according to the onlookers. The man’s father remained completely silent.

“I don’t understand why u park for mile 12 u go carry ur papa from ketu without allowing him to wear slippers wat kind of surprise be dis.”

“Regardless the way e present if I still appreciate this thanks bro.”

“I hate it when ppl conclude or disrespect ppl’s achievement… I totally disagree with ur fact or instincts.. Tnx.”

“Men will be men. A woman will be screaming and thanking God for shaming her enemies and how she suffered raising him.”