A viral video of a mentally unstable man helping a driver to push his car has elicited reactions from social media users.

The bus driver’s car had broken down, perhaps due to faulty battery, and he began pushing it along the road. 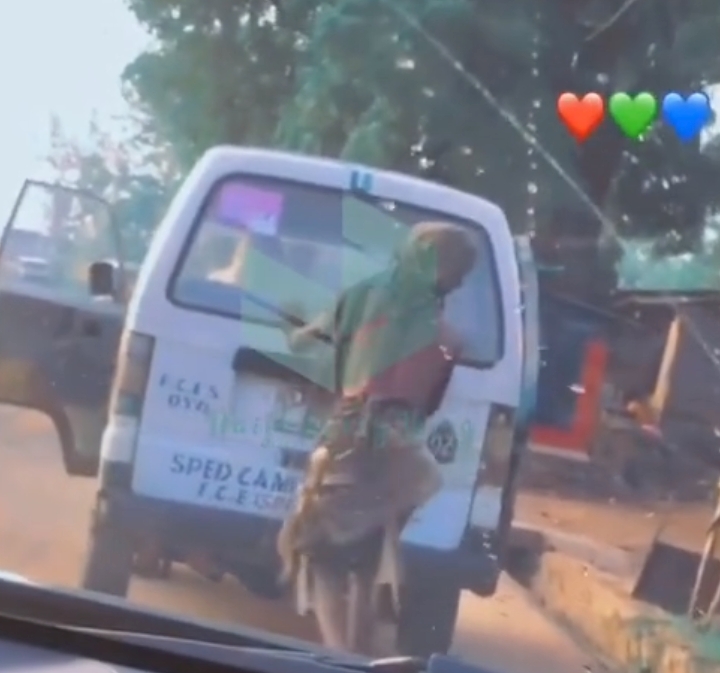 The mentally challenged man who had seen him struggling to push the van had joined him to push-start the car.

The mad man can be seen in the viral clip pushing hard to jump start the van.

The spectacle is said have happened at Oyo State, Nigeria.

The video has sparked reactions among netizens:

kprimerose85 wrote: “Until he break the wheelscreen😂😂😂😂 no be every help person suppoz accept oo…”