A viral video showing the moment a young man furiously confronted his wife for still texting her ex-boyfriend despite being married for 3 years has triggered reactions from netizens.

In a short video widely shared on Instagram, it appears the duo were having an argument about an issue before the enraged man accused the lady of still conversing with her ex via text messages. 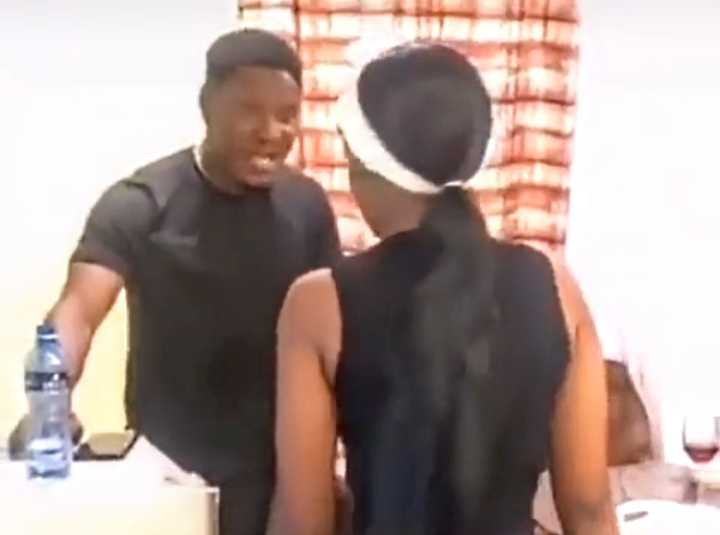 The man could be heard saying: “Okay, If that is what you want. How can a married woman be texting her ex after three years of marriage.”

Following the man’s question, the lady remained silent without response, giving reasons to believe that her gesture is an admission of guilt.

Watch The Video Below