A man has narrated how his girlfriend of five years dumped him after he spent millions of naira in getting a shop for her in Lagos.

According to the heartbroken man who shared his story to Joro Olomofin, his girlfriend said she can no longer continue the relationship because they are not compatible.

“I’ve been dating this girl for five years now. We started dating from school and I gave her everything, even to my last card when I had no money, just to make her happy.

I did a lot for her that I can’t even say. We were ready to settle down but she said she needs to finish her school and have a shop on her own.

She convinced me to come to Lagos, and when I came I met her demand. Now she has a shop. Apart from that I spent millions to put things in place for us since I just relocated to Lagos State. I was supposed to travel out but instead I decided to come for her since I don’t want to disappoint her. But recently she told me that we are not compatible.” 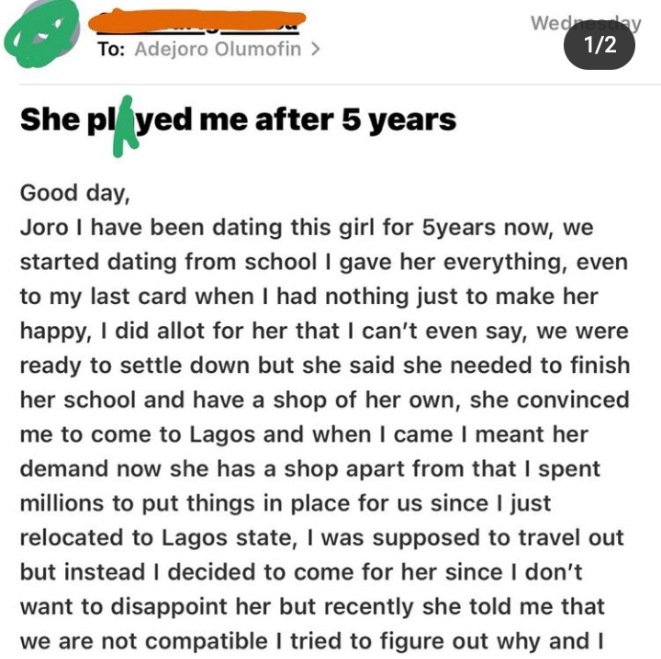