A video of Funke Akindele’s son praying for his father, Abdulrasheed Bello popularly known as JJC Skillz has melted hearts.

JJC Skillz uploaded a video of his son praying for him on social media as the little boy covered his father in a deluge of prayers.

The little kid, showing good home training, placed his hand on his father’s head as he blessed everything that concerned him.

The video has melted hearts of social media users as the praised the little lad;

cycinnati wrote: ”This one show say marriage no be scam, I go reconsider”

dkingsmenent wrote: “‘Train them in the ways of the lord so when they grow they will not depart from it.’ So beautiful and way to go for every parent.”

1funom wrote: ” All of una wey Dey shout I tap… St hope u know these kids have have seeing mummy and daddy prayer like this for them to emulate!!!” 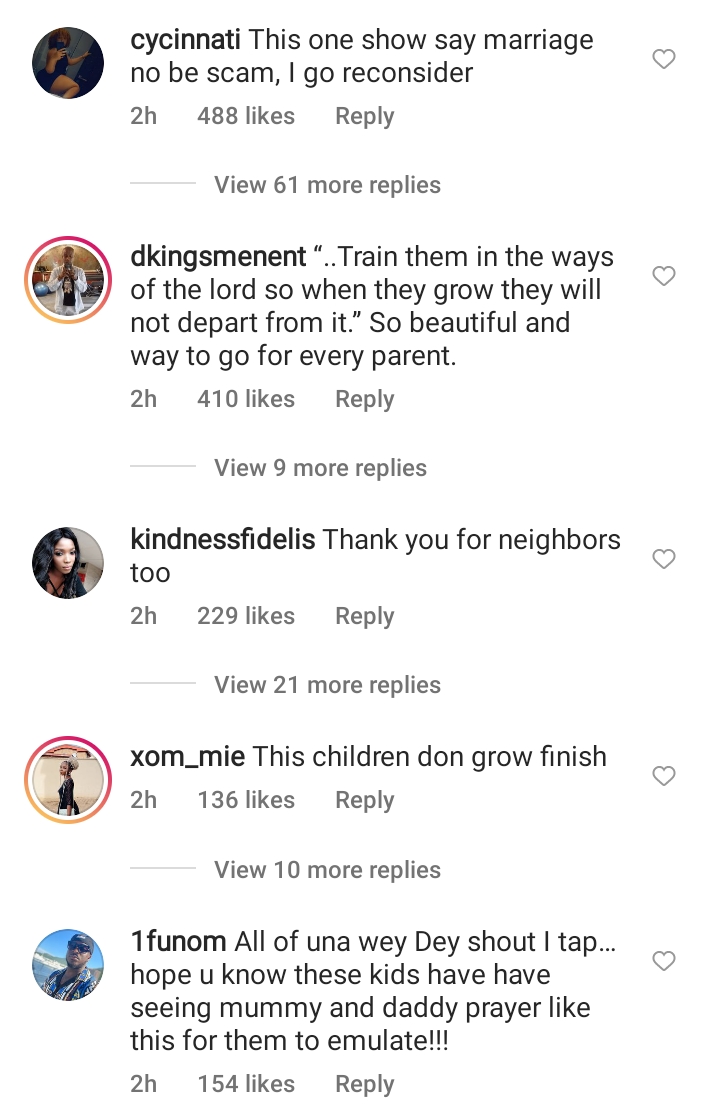