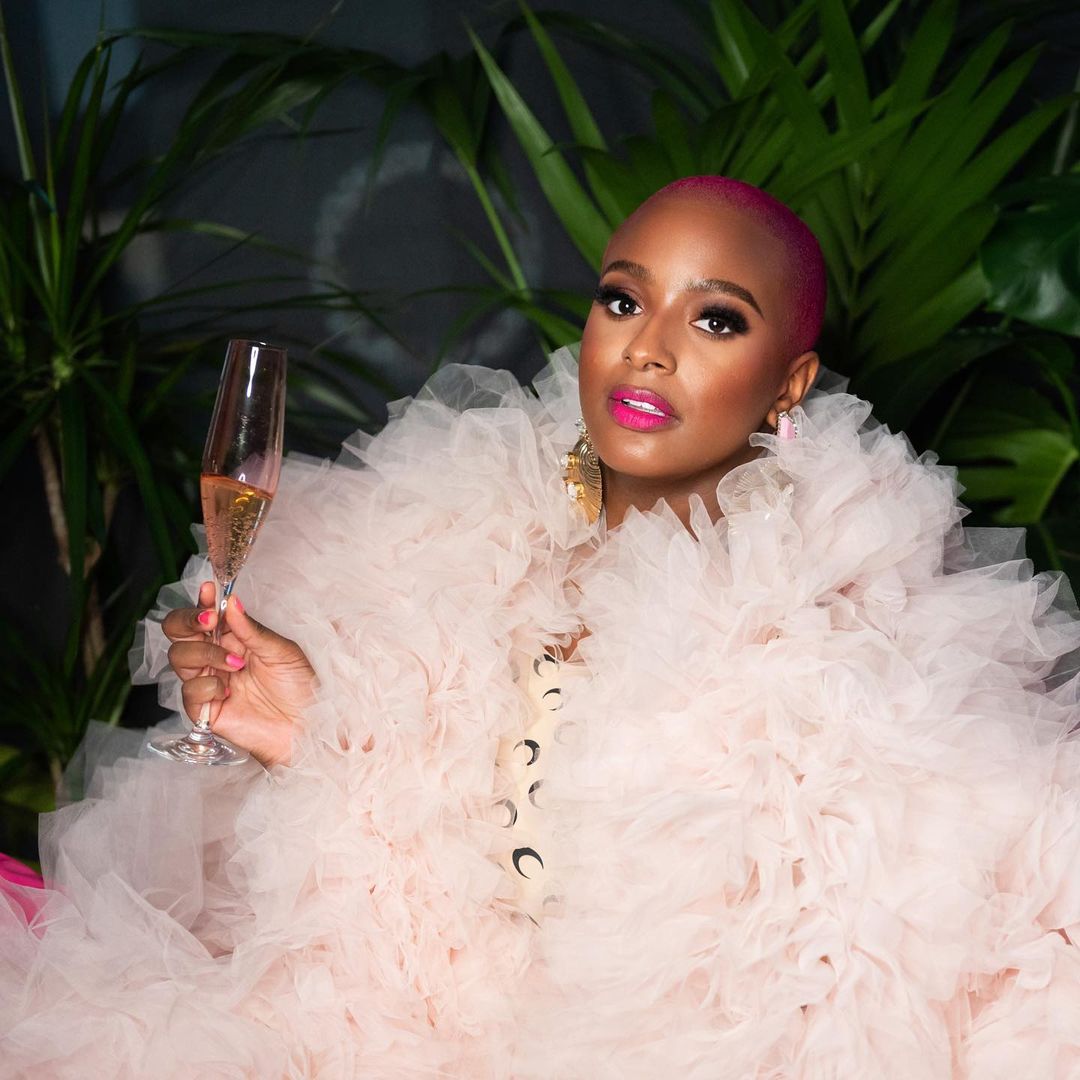 The young man has never passed off an opportunity to express his interest in the singer, and has been shooting his shot at her for months.

Well, DJ Cuppy has now reciprocated his advances by sending a love letter to him on the popular micro-blogging platform. 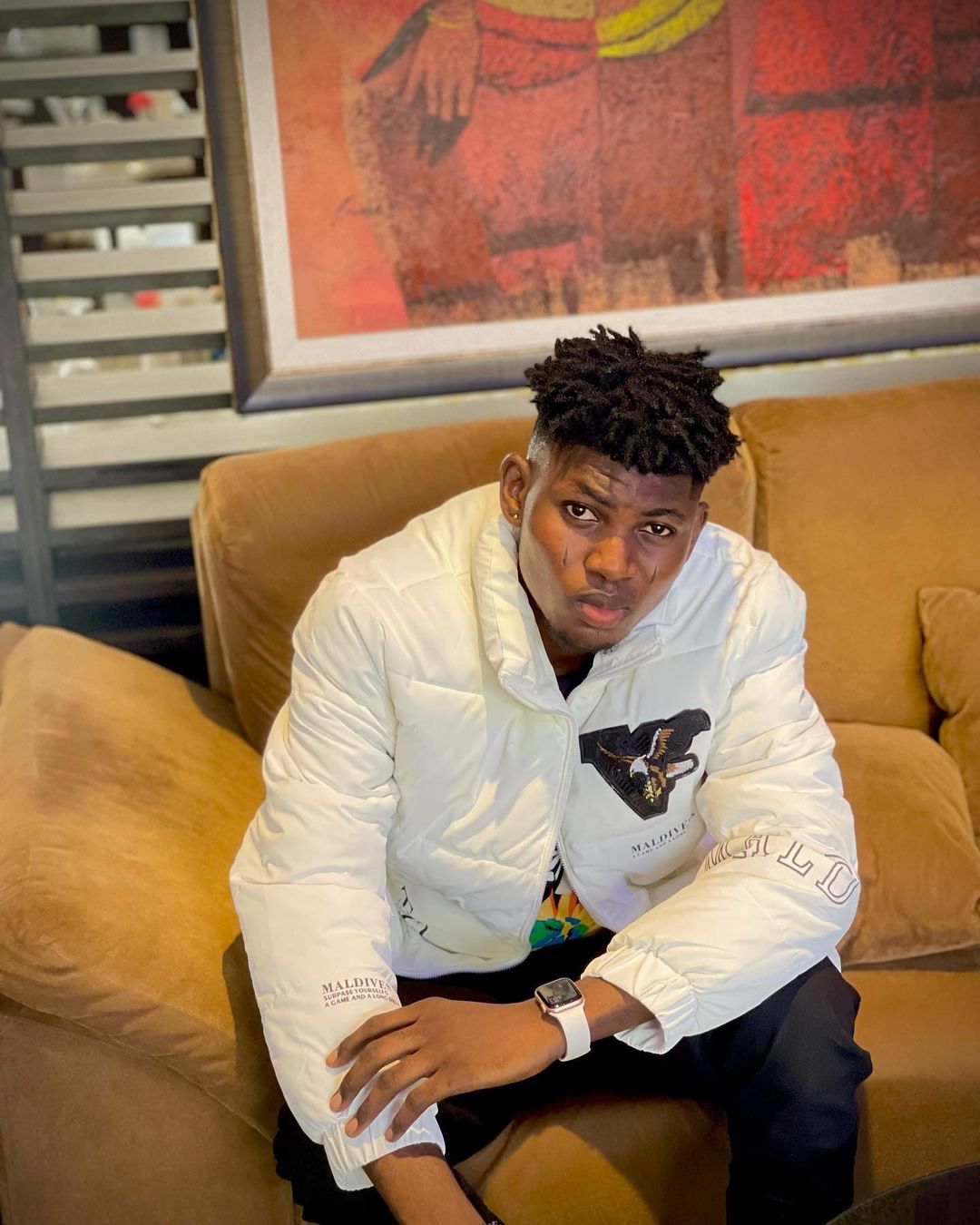 In the short letter, DJ Cuppy asked him to her Valentine and asked him to go on a virtual date with her on Valentine’s day. According to her, the date would be online because Lerry is in Ibadan, Oyo state while she is in Oxford, London.

I know you’re in Ibadan, and I’m in Oxford but let’s meet on Twitter Space at 7pm on Feb 14th for our first date 🕊Red heart

Responding to her letter, Lerry wrote, “Cuppy Dat My Queen, you know your wish is my command”. 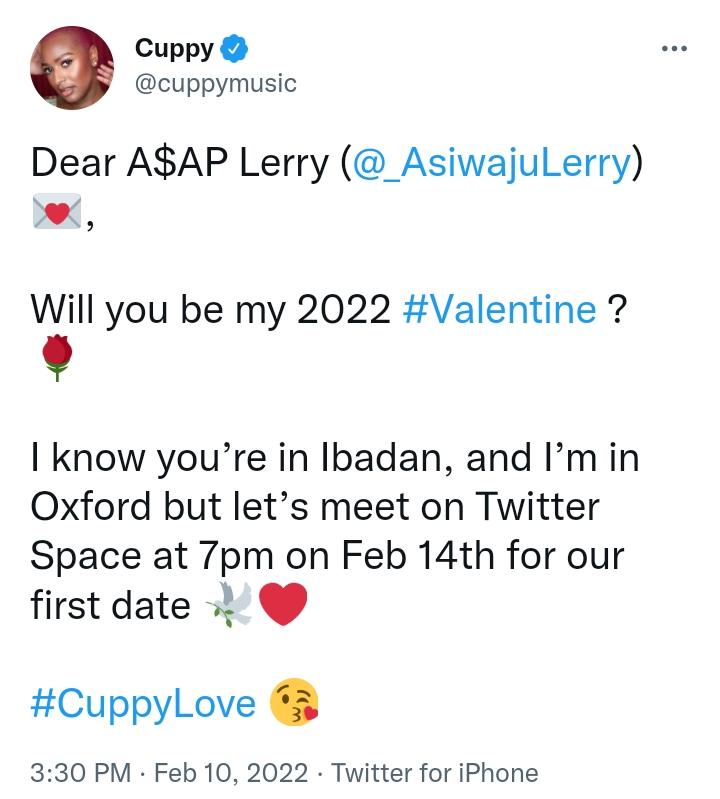 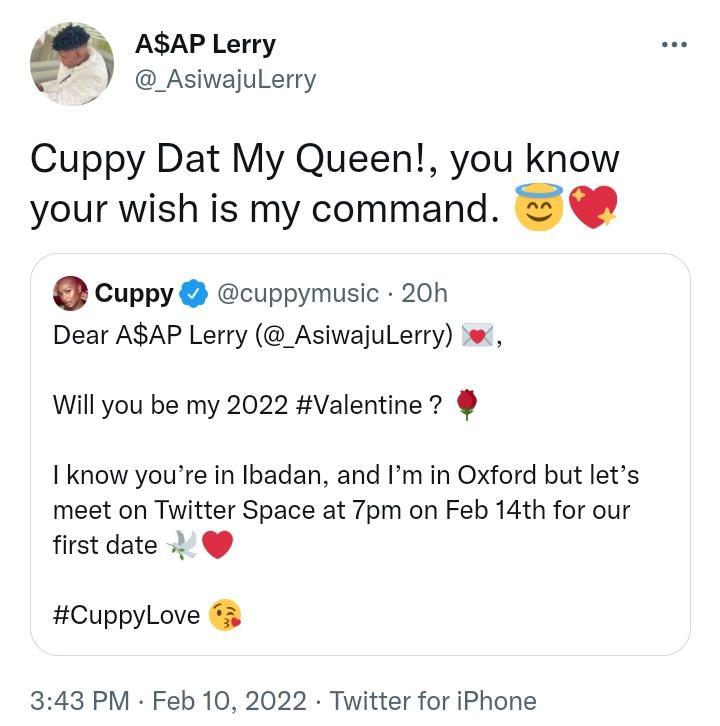